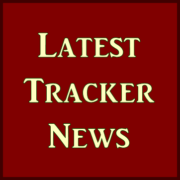 Applications for tracker groups, websites, radio stations and podcasts have quickly piled up this week after a brief mention on social media.

North Pole Flight Command is offering news feeds, radio streams and maps to those groups and publications wanting official North Pole news and information this Christmas. More importantly, tracker elves the world over are beginning to form tracker groups who plan to track Santa together. The rush to apply has taken North Pole Officials by surprise.

North Pole Flight Command is keeping a record of groups, sites, radio stations and publications that become “official”. That list is expected to be updated again soon and it promises to be much, much larger.

The enthusiasm for tracking Santa this year is unprecedented. 2020 has been a difficult year for many and the hope of Christmas and Santa is seen as a major reason for the renewed interest.

Santa has also called for a total of 40 million tracker elves this year, which is a level never before achieved. With the count at 32 million already elves in North Pole Flight Command believe that goal will be easily met.

Even still, for those who want to be part of a tracker group especially, we are encouraging folks to apply to become an elf early so that training can be completed before Santa flies.

I don’t have it either

I think he meant the news.

A couple of years till I’m old enough. I have a large grammatical scale for my age, resulting in people thinking I might be older. (I will not state my age)

I WANT TO BE OF SECTOR 2

Yes, I will definitely apply when I’m older.

All New Santa Tracker Radio in the Works
Scroll to top