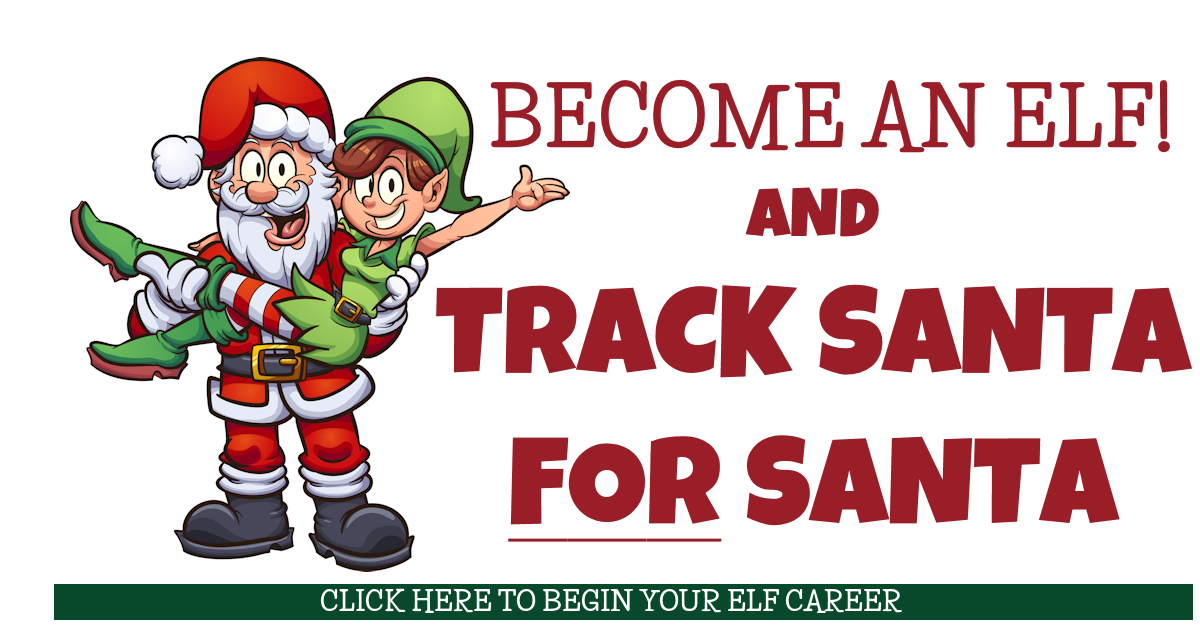 We are the Santa Tracker used by the North Pole

Wouldn’t you like your Santa Tracker to be provided by the North Pole? After all, who knows Santa better than his elves? In fact, here YOU can become an elf!

Welcome to SantaTrackers.net — where you can help track Santa for Santa.

You see, even Santa needs Santa Trackers. He needs YOU!

Yes, the world has a lot of Santa tracker websites that claim to follow Santa.

But if you want to know really where Santa is AND what he’s up to you have to get it from the North Pole — from North Pole Flight Command — it’s from Santa himself!

To be in the know with information about Santa FROM Santa, you have to be an elf.

The North Pole runs this website. If you apply and are accepted you will be employed this Christmas as an elf tracking Santa for Santa.

It is a big job with lots of responsibility. It is a lot of fun, too.

It begins with news just for Santa Tracker elves. You can also see the Santa Tracker Map – the same one used at the North Pole to track Santa.

You will have an elf supervisor and an entire elf community to help you get information and to help Santa around the world.

You will be Santa’s eyes and ears on the ground.

You will be the elf-in-charge in your little spot in the world. YOU will be the connection to the North Pole.

In fact, there are dozens of elf functions you’ll be trained in between now and Christmas. It is a much bigger job than most know.

You will also be asked to recruit other trackers. You see, Santa needs them every where — even if they live on the same street! The more eyes the better!

By the time Christmas Eve gets here you will be one busy elf. Most elves are when they work for Santa.

But don’t worry — we have it all mapped out for you.

You just need to get on board, get trained and get to work in the elf business. Come be an elf! Come join Santa Trackers!