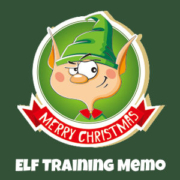 With our latest news post has come a lot of questions about North Pole radio. I hope this sorts it out.

The main radio station at the North Pole is called Kringle Radio. It actually plays year round. Mostly just Christmas music and news from the North Pole Radio news team.

In the past few years we have played around with a special radio station just for you guys. It plays only right here on SantaTrackers.net. That’s coming back, as the news post said, on November 1st. It will be Christmas music, like the other station, but it will feature special news reports that are just for elves.

Kringle Radio plays on several websites online. It gets listened to by all kinds of people, not just elves. It will continue where it plays now until about a week or so before Christmas. It will then be made more widely available to the public for free.

That’s because Santa wants North Pole Radio News available for the world for Tracking Santa Around the World, which is, of course, the North Pole Radio news team’s live broadcast coverage of Christmas Eve around the world. It’s a two day show, the biggest radio show of the year for the entire planet.

That show will ALSO be broadcast on Santa Tracker radio right here on this website…and on all of the official North Pole websites. Anyone in the world should be able to access it.

Everyone listens to this show. I listen to it. Every elf at the North Pole listens to it. Even Santa listens to it on Christmas Eve. It’s amazing. We have elves everywhere, include Elf Crash Murphy who follows behind Santa as he travels and he gives live radio reports the whole way.

All the news of Christmas Eve flows through SantaUpdate.com and the radio show from North Pole Radio News on Christmas Eve.

That’s how it works. Let me know if you have any questions.

SantaTrackers.net Elf Support Manager at the Santa Claus LTD company
Elf Max is known as The Miracle Worker. Max has worked in computer systems at the North Pole for quite a while. He frequently is the elf people turn to in order to make technology work. Max is the webmaster of SantaTrackers.net and an expert Santa Tracker Elf Educator.
https://santatrackers.net/wp-content/uploads/2020/10/100920.jpg 321 845 Elf Max https://santatrackers.net/wp-content/uploads/2021/03/logo-1.png Elf Max2020-10-14 14:36:512020-10-14 14:36:51Elf Training #11 – Kringle Radio
3.7 3 votes
Article Rating
Subscribe
Login
Please login to comment
32 Comments
Oldest
Newest Most Voted
Inline Feedbacks
View all comments

Thanks for the information Max The Miracle Worker! I will be sure to tune in! 🙂

Yeah that is true

If you read the report it said the tracking is top secret in South America.. so they can’t update it ! I’m also the city captain for Phoenix, Arizona if anyone lives there.

Yeah me too. Anyone have any good christmas music they want to share?

I love Pentatonix, Elf Kringle! They’re one of my favorite music groups!

Thanks. Also, not really a christmas song, but kinda, I recommend ‘Auld Lang Syne’.

Same is it out yet

Thank you for telling me

How do I get to tracking map?

Elf Training #12 – Coming to the North Pole
Scroll to top 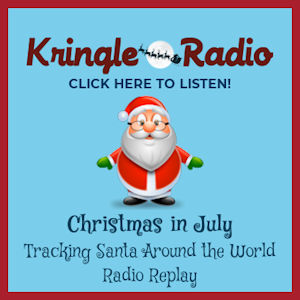