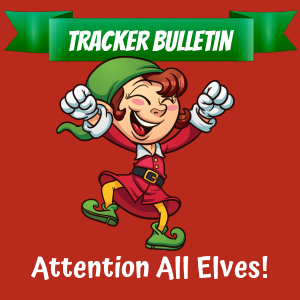 For those of you who do not know me, my name is Elf Roger Star. I am the International Director of Santa Trackers for NorthPoleFlightCommand.com.

This is the first of several training lessons you will be receiving over the course of the next couple of months. Our goal is to help you succeed as an elf and to show you how to both work and have fun in your duties.

Like all jobs, there are rules. Rules are there for many reasons. Some rules are about maintaining a certain kind of look or style or standard to an effort. Rules are also there to protect you in some ways or to protect Santa or the North Pole. Rules are necessary.

Today I want to you to learn about keeping secrets.

Secrets are a big part of the Santa effort. Everyone knows, for example, that Santa will fly around the world on Christmas. Most understand even when he will take off. But they don’t know his exact flight path or when he will arrive at any given location.

Some of those things are kept highly secret. Many elves even here in Flight Command don’t know those secrets.

Letting those secrets out would be bad. If a bad person had that information they could do bad things. So we keep some details secret.

There are things you should keep secret, too.

Other things about you should remain secret too: where you live, how old you are, where you go to school or work, etc. Nobody here needs that information. It should be good enough for them to know that you are an elf.

Some of you like to organize into tracker groups. Those groups might even meet locally. That’s ok. Just use your elf names when you do elf work — even together.

If you have a hard time keeping secrets you need to work on that. We talk a lot of secrets here in the course of tracking Santa here that the rest of the world does not need to know. What you see here, what you say here, stays here. Secret.

Any questions? Okay, respond below but use your elf name!

International Director of Santa Trackers at the North Pole Flight Command
Roger is an experienced sleigh pilot, designer and flight engineer who has worked the past 42 years as a flight supervisor in the Tracking Department at the North Pole. Previous to that Roger served as a designer in the Research and Development Department during the crucial years of 1947-1974, an era known for breakout designs in Santa’s sleigh that broke long standing speed records. Roger was the lead designer of Santa’s 1968 sleigh, famous for surviving a brutal blizzard in Bavaria.
https://santatrackers.net/wp-content/uploads/2020/09/091720.jpg 321 845 Elf Roger Star https://santatrackers.net/wp-content/uploads/2022/02/logo5.png Elf Roger Star2020-09-16 23:09:062020-09-16 23:09:06Elf Training #1: Secrets Keep You Safe
4.6 13 votes
Article Rating
Subscribe
Login
Please login to comment
93 Comments
Oldest
Newest Most Voted
Inline Feedbacks
View all comments

how to change my real name

How do we change our name that it uses when we comment? And can we go by Elf ‘Insert first name here’?

go into your settings

They are currently just outside of Washington, flying over a neighborhood in Burnaby, Canada.

where is the map for test flights again

I’m basically in the desert, so I’m not worried about hurricanes. It rarely rains, and the only bad weather we get down here are heat waves and haboobs, so they won’t likely do any test flights over my area.Oh yeah guys check out Elf Meg Noggs update at northpoleflightcommand.com

i am in oman it is also a desert area so the test flight will not come. it is the arabian desert it is 40 decree celcures so hot

Oh ok. Lyndsey I totally agree with you about there are 30 million elves I’m a person who totally respects the opinion of everyone

Tracker update! Test flight are currently flying over Nevada. They are going over the Ruby Mountains wilderness, and for further observations they are flying over the areas of Kleckner creek, Liberty Lake and Favre lake. According to google research, The ruby mountains are “a protected wilderness area in the ruby mountains of Elko county, Nevada, united states. It covers an area of approximately 90,000 acres, and is administered by the ‘Humboldt-Toiyabe national forest.” I hope I can provide more reports like this in the future!

Operation Merry Christmas underway soon! Check it out at santaupdate.com!

Test flights now in north dakota, They are flying over the outskirts of the Jamestown countryside. Jamestown is an ideal place for test flights, becuase they get rain and snow year round. They have a small population of 15,310 people, yet they are the biggest town in north dakota. The area they are flying over is bare and uncivilized. This area is untouched by humans other than the dirt roads going through the area. According to reasearch, a few cars drive by the area now and then, but nothing else. Knowing that this area has bad weather and it is remote, is a great ideal place for test flights. If you look at the satelite images, civilization is a few miles away from there.

Ok, I will look into the data of the location of the test flight, thanks for telling us!

So, Edgemont, Arkansas.Edgemont is an small community, with a small population of 807 people. It is unincorporated, so this community can’t be classified as a town. Edgemont is very close to Heber springs. This is a small area, so they are comfortable doing test flights there without getting seen. Sorry if there isn’t as much info today, I have to go.

Hey everyone is this the new group for trackers https://www.facebook.com/groups/santatrackers

thanks have a nice trip

Great! As a elf this is great!

I am so excited to be come a elf

weres my work i do

Hello, fellow elves, I have bad news. I’m undercover in United Kingdom and just found out another elf has revealed their secret! I must take care of the situation, and in doing so must go undercover for quite some time. Of to save X-Mas now from exposer. I checked the Elf Guides and found nothing. May Rudolph be with me and you, Merry Christmas!

Yes. This is very important for safety. If someone knew about this they could harm you. We all need to keep safe. Never tell your address, school or work. Someone could find out and may harm you. Please keep safe.

How do you go to the Elf Guides?